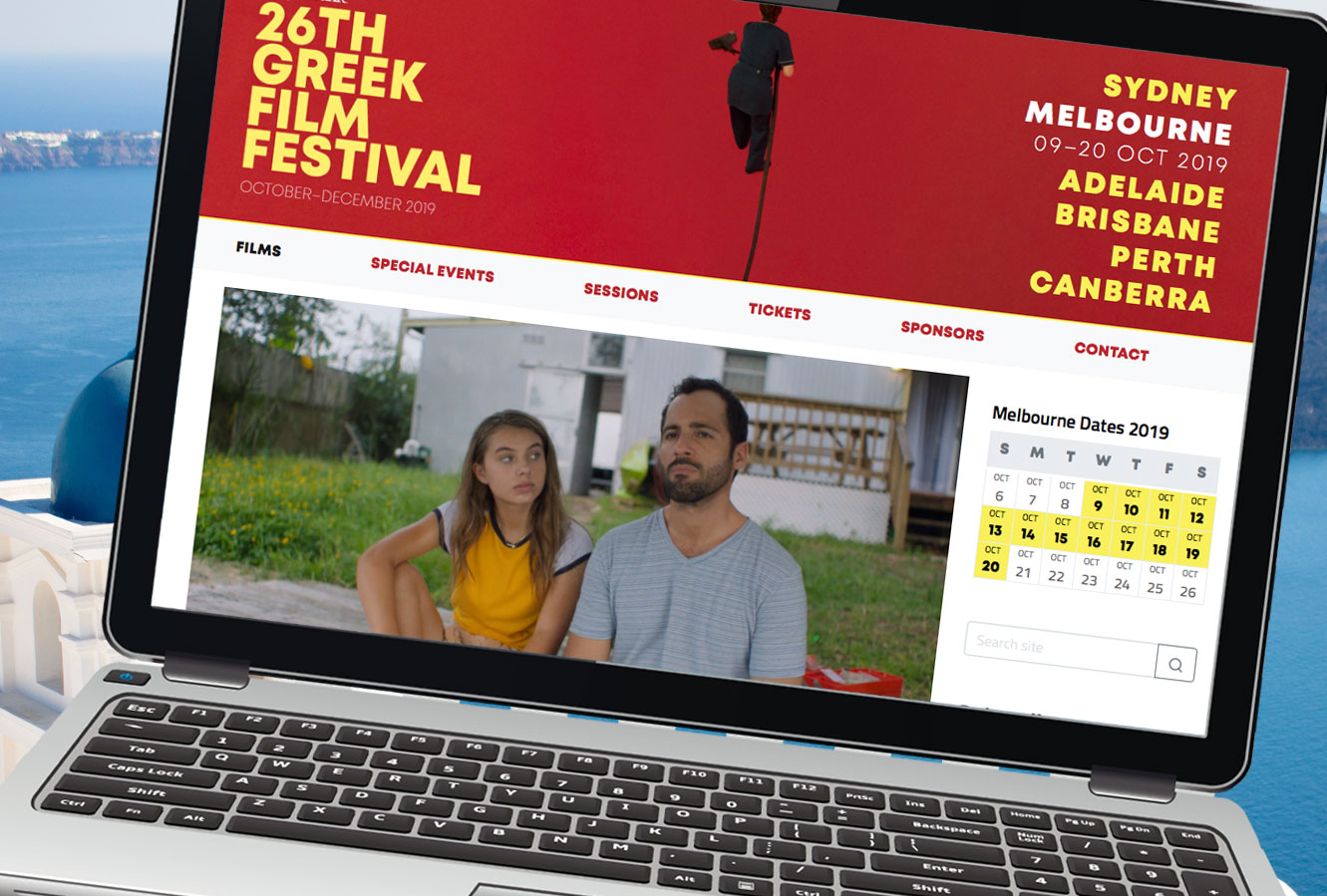 Reporting in from our Santorini studio*, we'd like to draw your attention to our other favourite film festival - the 2019 Greek Film Festival!

MeccaMedialight are proud supporters of (and developers for) Greek Film Festival, now in its 26th year (and we have partnered the festival for 10 years!). Despite the relatively small program, this festival packs a punch across 6 cities with its amazing selection of films. From absurdist dystopian black comedies to rom-coms to gut-wrenching drama (and occasionally all that at once - hello Yorgos Lanthimos!)

This year’s opening night looks to be a ripper - 1968, based on an epic basketball game between the underdog Greek team AEK and Slavia of Prague. Screening at the Astor, with food, wine and music afterwards, it should be a great night. The GASFF - Greek Australian Short Film Festival - looks to have its usual collection of entertaining, challenging and never dull films (and at least one film featuring an imposing yiayia). Familar themes of love, war, economics, culture, migration and mourning are covered. There is even an English period drama about Queen Anne starting Olivia Colman, Rachel Weisz and Emma Stone... and director by Yorgos Lanthimos!! Check it out: The Favourite (trailer)

* Ok, we don't really have a Santorini office... just a battered old postcard we wistfully look at ... as the rain pummels our Smith St windows and a chill breeze blasts the pedestrians off the street...